It all started with an idea.

Timothy Plan was created in response to the idea that a Christian or moral investor would have investing options that parallel their pro-life and pro-family convictions. It sounds simple, but it didn’t exist prior to the creation of the Timothy Plan in 1994. Here’s how it started…

In 1992, Arthur Ally, then president and owner of Covenant Financial Management, was challenged to design a retirement plan for pastors of independent churches and offer it on a national scale. Mr. Ally searched the entire investment industry for any professionally managed program that would complement the Christian world-view of evangelical pastors.

The Lord used this challenge to burden Mr. Ally and cause him to rethink the current investment culture and ask the Lord if there was a better way—a way that would honor the Lord and allow others to invest with a clean conscience.

Through prayer and soul searching, he was convicted to make a life changing move. Mr. Ally spent the next two years developing and testing a moral screening model. This quest brought some very uplifting results, since the majority of companies, not necessarily run by Christians, had moral ethics that passed the biblical screens placed over them. That discovery indicated the potential for a screened fund to enjoy comparable performance to non-screened mutual funds.

At age 52, God called Art Ally to change his career path (a 15-year financial consultant/branch manager and 12-year public accountant) to launch America's first pro-life/pro-family mutual—fund. Through much prayer and faith in this calling, Mr. Ally sold his financial planning practice and pressed forward, moving into a nearby modest building, where Timothy Plan was born.

Today, more than 25 years later, Timothy Plan family of funds offers 12 mutual funds and 4 ETFs and is recognized as an industry leader in Biblically Responsible Investing. 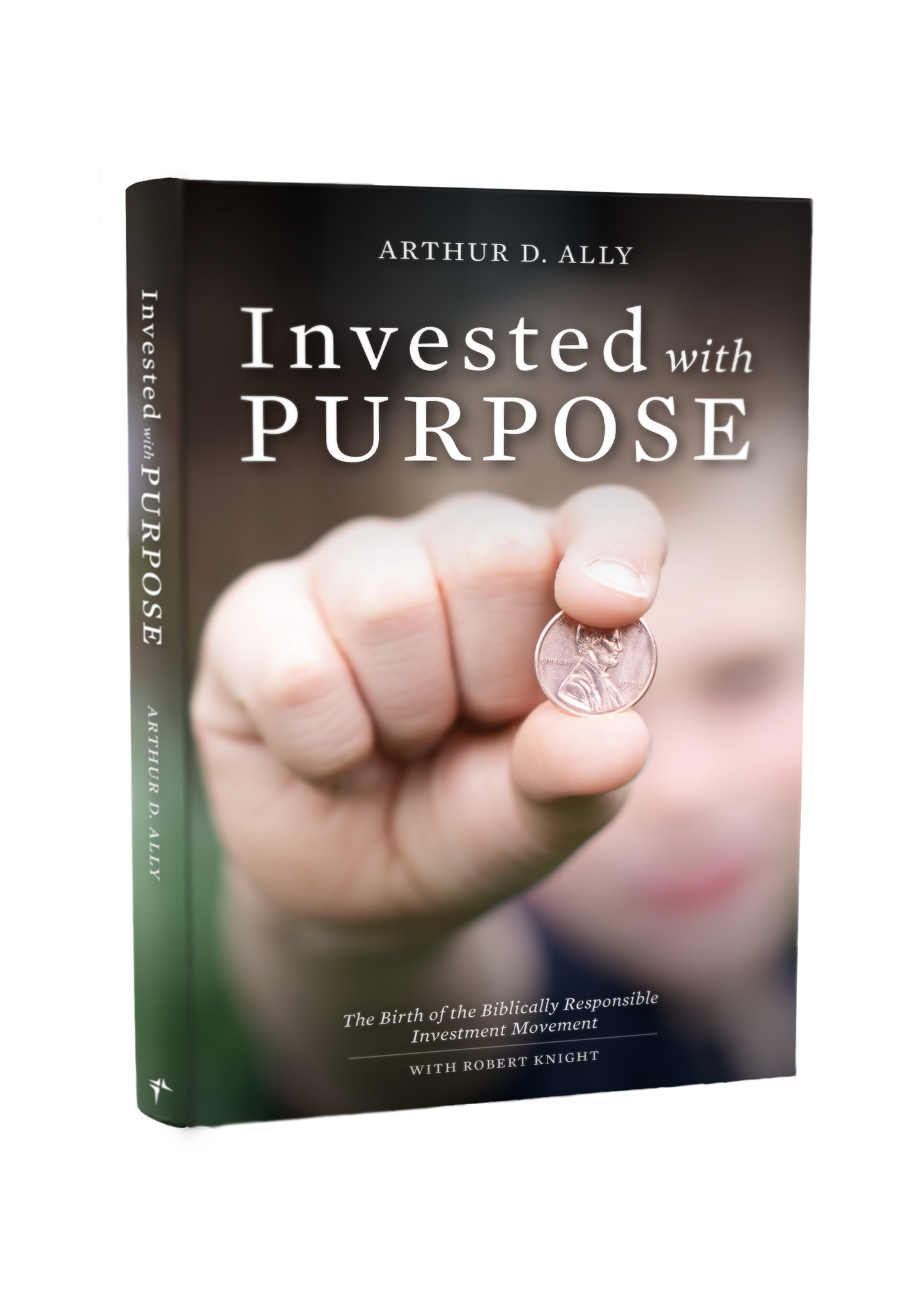 HOW MUCH MONEY IS OK TO HAVE INVESTED IN ABORTION OR PORNOGRAPHY?

THE ANSWER IS SIMPLE. Not a Penny.

Invested with Purpose is the story of how one man’s vision has led to a revolution: Biblically Responsible Investing.