We hope to inspire you.

“My hot button was the fact that, while pastors in denominations often had decent retirement plans, the pastors from independent churches were left high and dry” – Arthur Ally 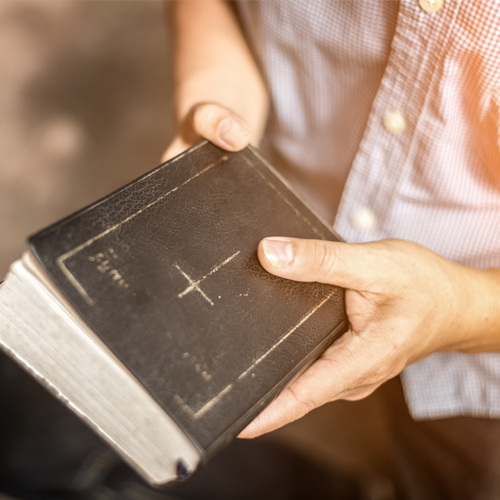 A pastor came to Mr. Ally when he was a financial advisor. He wanted to invest money and be a good steward by investing only in companies/stocks that were not involved in pornography. At that time, finding a clean investment vehicle didn't exist. The few filtered products available only focused on environmental issues, while the relgious products focused on gambling and abortion. Knowing there had to be a way to do it better, Mr. Ally began a journey that led to the development of Timothy Plan.

In 1992, he began to put together a retirement program geared to helping pastors on a national scale. "I soon realized that I could not use companies that trafficked in sin when these pastors were preaching against the evils of abortion and pornography from the pulpits. I looked around for a system that would filter out offenders and allow for building biblically responsible portfolios, not only for pastors but also for other Christian investors. But I found little that reflected biblical principles,” recalls Mr. Ally.

After two years of research and development, in March, 1994, he launched Timothy Plan, a mutual fund based on a founding commitment that they would never compromise biblical principles. Timothy Plan has been faithful throughout, and believe that’s why God has allowed them to proceed and grow.

Unfortunately, as 403(b) retirement plans increased in regulations and fees—affordability decreased, it became especially difficult for individual pastors or small churches to afford administration costs. Realizing the need, in 2018, Mr. Ally started The Master's Plan, an answer to his original dream to serve pastors in this capacity.

For Christians, churches are more than our places of worship. They are our communities of brothers and sisters, our homes and our sources of ministry opportunities. Unfortunately, we often neglect churches and their staff who have needs beyond the tithes received. One such need is a financial savings program for the post-service lives of church employees. Because of their non-profit status, churches are eligible to establish a defined contribution retirement plan for their employees called a 403(b). While there are many benefits to a church 403(b), they can often be expensive to set up and maintain. That is why Timothy Partners, Ltd. established and supports The Master’s Plan, a non-profit ministry providing no fee third-party plan provider and administrator of 403(b)7 plans for churches and other ERISA exempt ministries.